Ready to get out and explore? To help build a connection between the Catskill Park and its visitors, the DEC has just announced the grand opening of a new outdoor pavilion. Whether you’re new to the area or excited to be back, start your Catskill adventure off right! Read on to learn more about the beautiful new facility at the Catskill Interpretive Center. 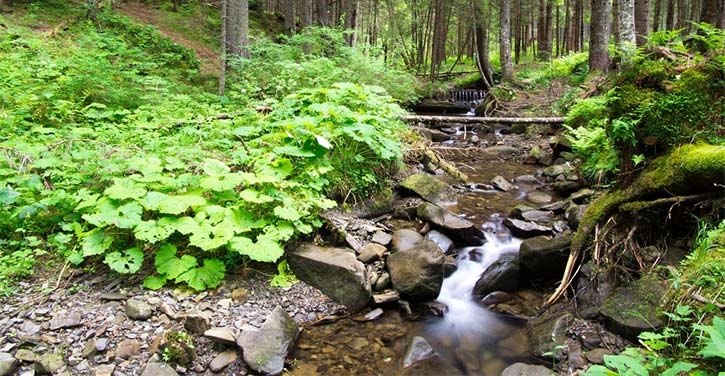 According to a recent DEC press release, the pavilion encourages guests to explore and protect the Catskill Park. Located at the Maurice D. Hinchey Catskill Interpretive Center in Mt. Tremper, the newly constructed pavilion features:

Funding for the $282,828 facility was provided by the New York State Environmental Protection Fund. The pavilion space is 1,762 square feet in total, with the structure designed to complement the existing Interpretive Center building. The pavilion’s official opening was announced by DEC Commissioner Basil Seggos during a formal ribbon-cutting ceremony on June 14.

Said Seggos in a statement, “New York is home to peerless natural resources that are the envy of the nation. DEC is committed to helping New Yorkers and visitors alike make the most of these resources and their time outdoors by ensuring nature is accessible to everyone. …[T]he Catskill Interpretive Center’s new pavilion will help make nature more accessible to visitors to this special place.”

Constructed as a part of Governor Cuomo’s Adventure NY Initiative, the new pavilion supports a mission to provide access to healthy, active outdoor recreation and boost local economies. Over 75 projects are set to be completed over the next three years, including improvements to youth camps and environmental centers, new boat launches, and hiking trails.

The Interpretive Center already provides visitors with tools and resources to experience the region, including walking trails, information on the 700,000-acre park and New York City’s one-million-acre Catskill/Delaware drinking watershed, and tips on enjoying all that the Catskills have to offer. The addition of the outdoor pavilion is an exciting one, encouraging guests to engage with the Park’s nature and wildlife in a safe way.

The Center is named in honor of Representative Maurice D. Hinchey, who rallied for the creation of a Catskill Park visitor center. “The opening of the new pavilion represents another step in the development of the Catskill Interpretive Center site,” said Jeff Senterman, Executive Director at the CIC, in a statement. “The Catskill Center is honored to have such a strong partnership with the [New York State] DEC at the CIC to realize Representative Hinchey’s dream for the Catskills.” Senterman added that more improvements to the Center are already in the works, including new exhibits later in the year and a Fire Tower next year.

For more on the Catskill Forest Preserve and CIC, visit dec.ny.gov.